I am the part-time Finance and Office Manager for Payara. My hubby calls me semi-retired as I work four days a week and about six hours a day. My day begins at six as I need to prep and dispatch my hubby off to work, but you don’t really need to know that!

I leave for work at about 7:20am and arrive any time between 7:40 and 8:00 – depending on the traffic. Good journeys are when the children are off school, longer travel days are when school is in session. No need to guess which I prefer!

Being in the office early gives me chance to catch up on the emails that have come in overnight, whilst sipping a refreshing mug of peppermint tea which has the desired calming effect to set me up for the day! Chasing money from companies that are late paying invoices is a daily occurrence, as like everyone else, they try to hold on to their pennies for as long as possible! Then I spent time processing invoices, sales and purchase, paying our suppliers, checking the bank accounts to make sure all is healthy, and then in-between all that, I manage to produce in-depth and detailed monthly management accounts, budgets and cashflows for my Director, so he is aware of how the company is performing.

My role as Office Manager is very varied – from organizing the company’s insurance policies to remembering employees’ birthdays and arranging the signing of cards (although the other day I did actually have an epic fail as I forgot one of the director’s birthdays, although she was out of the country at the time in a much warmer place, eating cake!) I bet you didn’t know jobs in finance could be so exciting!

When I came for my interview with Payara, I told Steve and Julia that I needed this job as I had an expensive habit to fund! Yep, you can imagine the looks of shock and horror on their faces, who the devil were they interviewing for this very trustworthy of positions in their company?

So, meet Blimey O’Riley, Riley for short, who is the recipient of all my hard-earned cash, plus any spare my hubby has too! Riley isn’t fussy where the funds come from as long as they keep coming and he has an endless supply of hay, apples and carrots. 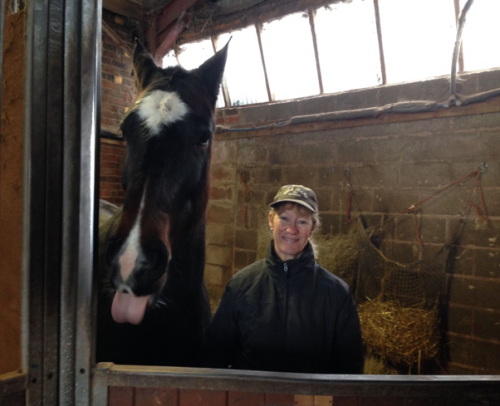 I’d had him about three weeks when that photo was taken and since then he has learnt some respect.

Most weekends you will find us hacking round the local lanes with his partners in crime Lex and Jerry, terrorising the local cyclists when they dare to show little respect when over taking highly sensitive and very unpredictable tonnes of horse – actually Riley is very bomb proof, so I usually bring up the rear. 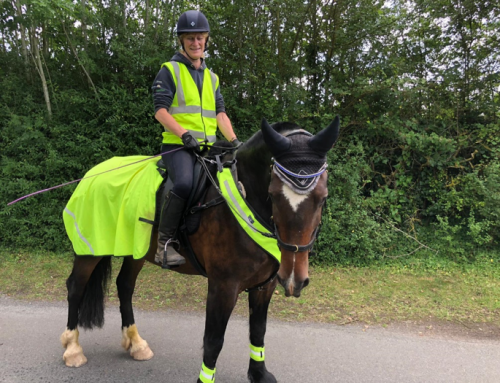 I like to be seen, as you can see from the bright reflective vest on both myself and Riley, but believe it or not, cars still head towards us at high speed leaving braking till the last minute if they decide to slow down at all!

So, after two years of being the owner of the above brute (standing at 16.3 he would have made an excellent Police horse), we have had many adventures together and he has started out on a career of dressage and show jumping, although he has been known to just plough through the jumps when he gets bored. In his first dressage competition he only came first, so as you can imagine there was one very proud mummy grinning from ear to ear! 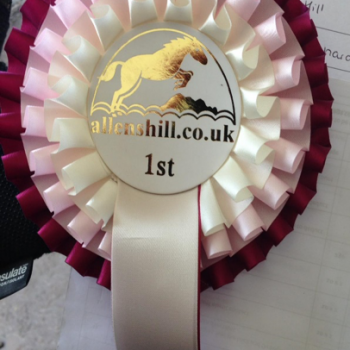 Working as Payara’s Finance and Office Manager lets me use my professional skills and support my “expensive habit”. It offers a great work-life balance.