A lot of things were completely new for me last week: my first time in Japan, first time on a JUG tour, first time within the Japan Java community. And, it was my first time giving a talk which was translated by an interpreter. I also did live coding during my talk for the first time. It was even the first time I went to a Buddhist temple and a Sumo tournament. And all of it was a blast!

When I arrived in Japan, everything was as I expected – welcoming, well organized, clean, lots of great food. But the best part of the Payara tour were the people. I’m so glad I could meet what has to be the most welcoming, amiable and passionate community of Java developers in the world. Everyone was so nice. And, despite the language barrier, they were very enthusiastic about learning more about Java, Jakarta EE, and MicroProfile.

For a couple of weeks, Japan became the centre of the Java universe. We started the Payara tour in Okayama and progressed towards Tokyo, where the tour culminated with the JJUG conference and finished in Sapporo a few days later. In parallel, many Java experts gathered for a JCP meeting in Tokyo. While other Java ambassadors launched a Groundbreaker tour starting in Sapporo and going towards Okayama, in the opposite direction of the Payara tour. The atmosphere in Japan was almost magical for Java developers.

During the Payara tour, I showed how it is easy to build services and abstract business logic from technology, with a few lines of code, using MicroProfile. I did this with live coding during my talk, which was also very easy with MicroProfile and Payara Micro 😉 I explained how MicroProfile is very well suited for an evolutionary approach to coding and how easy it is to split a bigger service into separate microservices with very little refactoring.

Complete slides from my talk are here: https://speakerdeck.com/ondrom/effective-cloud-ready-apps-with-microprofile 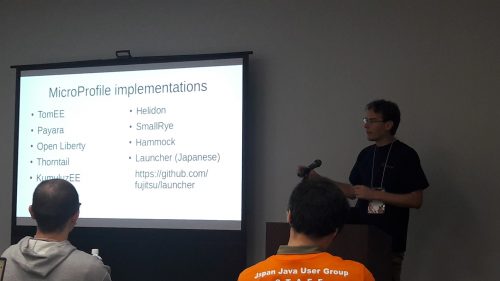 At the JJUG conference, Ericsson presented how they already use MicroProfile. 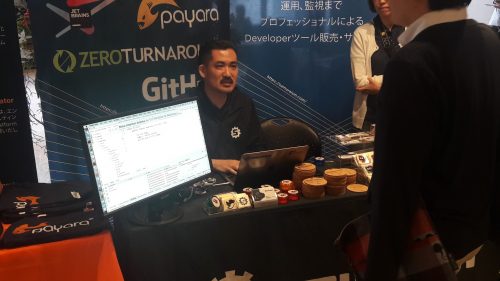 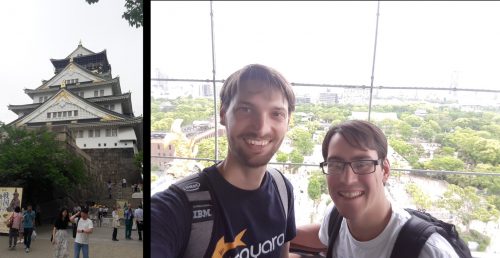 We also had some free time to explore. Here I am with Jadon from our marketing team at the top of the Osaka castle tower.

It was very nice to spend some time together with my colleagues Jadon and Kenji and our friendly Samurai and Java champion, Yusuke. I felt we formed a great team and were able to connect with the Japan Java community in a formidable synergy.